Time is ticking down until we depart for the Panama to get the boat ready for this season's cruising. We'll be moving the boat from Colon, Panama to Portobello, Panama (just to give it a bit of a shakedown and to get a better wind angle), then to the Colombian island of Providencia off of the Nicaragua coast.

From there we'll move to Media Luna, which is a shallow bank off of Nicaragua, then to the Vivario Cays. Then we'll jump to the Bay Islands of Honduras and then head to Lighthouse Reef in Belize. We'll have to swing into the mainland at Cay Caulker 1 or 2 times to check in and then we'll head to the Rio Dulce in Guatemala. 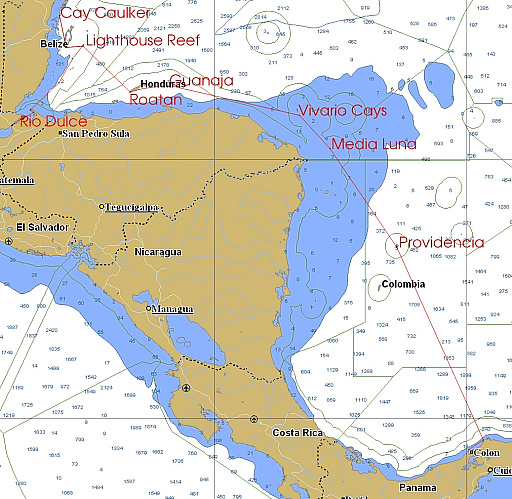