A couple of years ago I installed DoctorLED (http://www.doctorled.com/p24.htm) Mars Dome interior lights throughout BlueJacket. This was the first shipment of these to the US and I literally had to wait for them to get off of the container and into my hands before I could depart for the NW Caribbean. They may have changed the design since then, but this is what I've got.

Anyhow, about a year later I realized that they were getting dimmer and dimmer and recently took a failed unit over to a friend who's an excellent electronics engineer to determine what had failed. He found 2 problems with the units:
DoctorLED will sell me replacement circuit boards at about 1/2 of the cost of the whole unit, which is still expensive. I plan to do that, but I want to protect against this happening in the future. All of the lighting is on 2 separate circuits. What can I do to protect against this happening again? I was thinking about a 12 V DC to DC power supply. Any suggestions?

Gday George,
I had a similar problem with my LED's and someone suggested I use a voltage regulator ( http://www.reuk.co.uk/LM2940-12V-1A-Low ... ulator.htm ). Simple to put in the circuit and it should keep the voltage to 12v DC regardless of your battery charging at 14 plus volts etc... I have only been using them for a couple of months, so it is still too early to tell. A couple of my leds came with a couple of components I had to solder on, but it was too fiddly, and if I don't want to do that again.
Cya
Marno
Marno

After quite a bit of research, I believe that I've finally come up with a reasonable explanation as to what occurred with the DoctorLED Mars Dome units. Here's a copy of the mail that I sent to the owner of DoctorLED.

As you may (or may not) recall, I purchased 7 MARS domes from Hotwire Enterprises in February of 2007. I literally had to wait for the container with the first shipment to arrive before I could begin my cruising season. Over the next 1-2 years I noted that the light output continued to drop and drop. I contacted you last fall to try to resolve this and your reply is below. I have to tell you, your offer to sell me LED dome conversion kits at half price didn't sit very well with me. 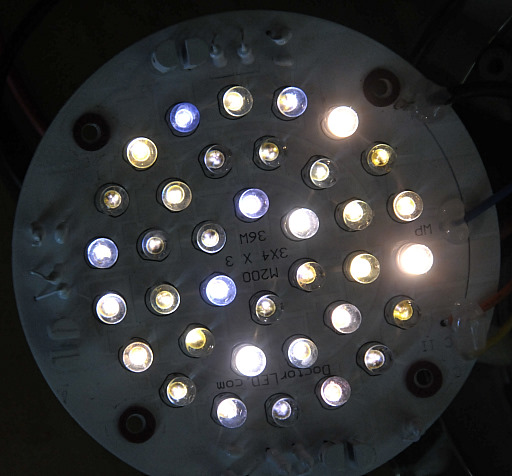 Photo showing unit with only 6 of 36 LEDs glowing brightly. 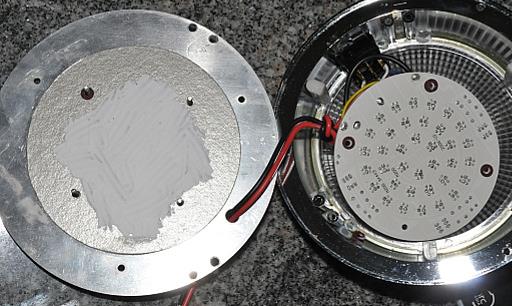 My friend then did an analysis of the circuit, which is as follows: Over the course of the next couple of days, my friend came up with a current/ambient-temp curve for this type of LED. 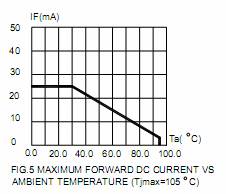 You'll also note in his analysis, that we saw a 50F temp rise at the circuit board after about 10 minutes of operation with cooling on all sides of the unit, which wouldn't occur when the light was mounted. This was at an ambient temperature of 70F. In the Caribbean, where we spend most of our time, we can easily have 90F ambient temperatures. If you assume an additional 10F temperature rise to 60F after hours of operation, the circuit board could easily be at 150F or 65C. At that temp your forwarding DC current should only be about 13 mA, instead of the 15 mA that's being provided. This will lead to rapid failure of the LEDs. Due to having 2 parallel strings of 3 LEDs per transistor, the failure of any LED will cause the voltage to rise to 3.6V, most likely frying the rest of the LEDs in the bank, which is exactly what we see.

Based upon this analysis, I firmly believe that this failure was caused by insufficient thermal paste between the circuit board and the backing plate as well as a simplistic design that doesn't accommodate operation in high temperatures. To me this is a systemic manufacturing/design flaw that shouldn't be covered by a 1 year warranty.

Please let me know how you would like to resolve this issue.

I'm curious what he has to say to that. Perhaps you should send your article to a cruising magazine too? Neptune knows how many of these ill designed units the quack Dr LED sold. I had a bay15 masthead replacement LED lamp from Plastimo ($85) that said on the package 50,000 burning hours. I tried it a couple of times in the marina before something burned out. Total time used less than half an hour. So much for the 50,000 hours of life. 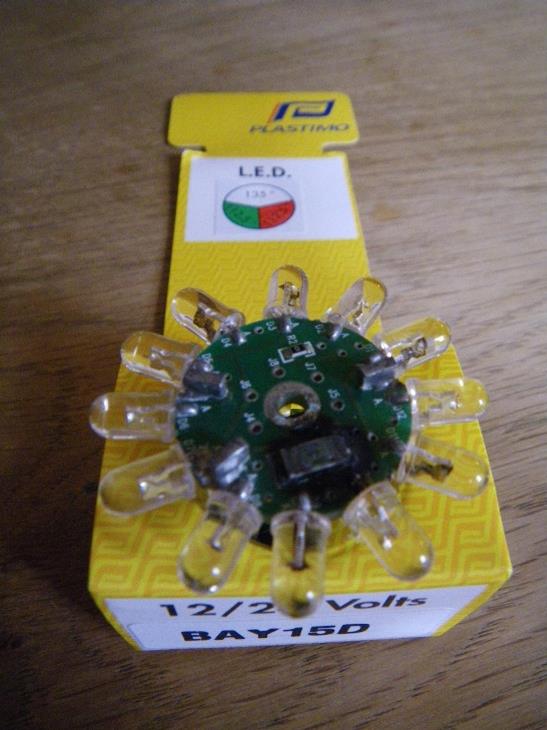 I'm happy to report that Dr. LED agreed to replace the failed lights for free. I shipped the old ones in and they either completely replaced them (the R/W combo lights) or swapped the LED components for their Dome LED Conversion Kit which has a single LED which generates 60 lumens. This may be my only issue as the original LEDs produced 90 lumens, but we found the light output satisfactory.