Thought I would post some pics of our Freedom 21. Not as spiffy a craft as others here, but we put her to some good use.
Location is Lake Grapevine, Tx. 2010 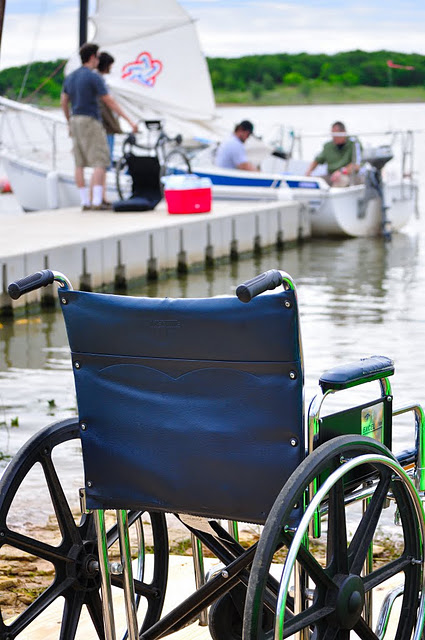 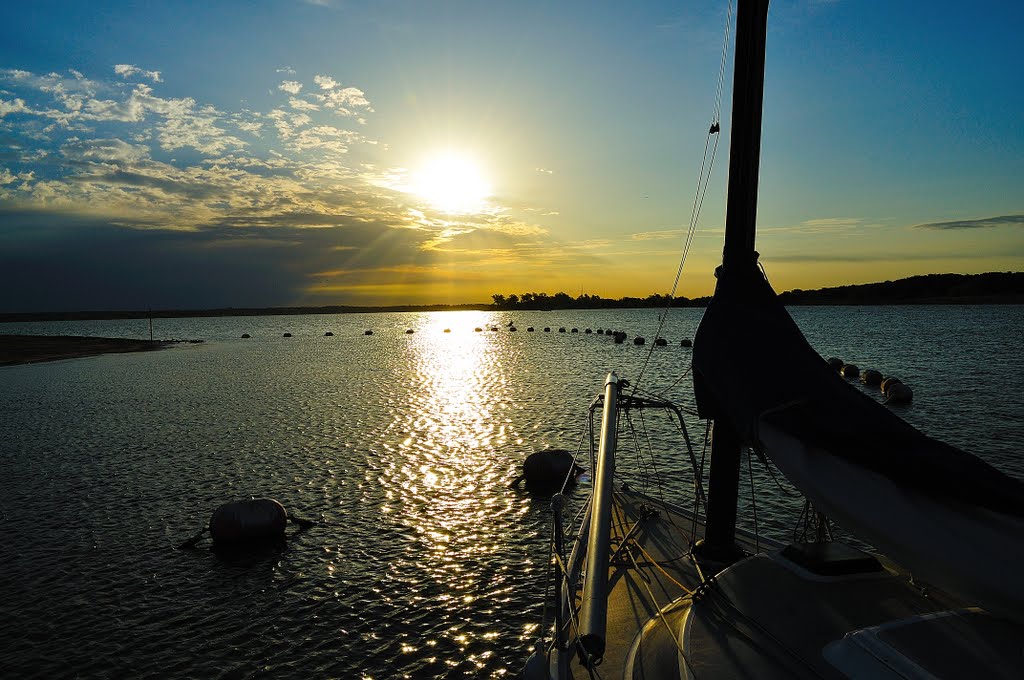 Dawn, day one we had her in the water. I had zero instructions on how she was to be put together, so if things look odd or out of place, that's why.
DayOne.JPG (146.2 KiB) Viewed 5838 times

I was clueless as to how to rig the F21 until I found the documents on this site.
You can see the boom laying on the cabin, and as for lazy jacks? What the heck were they for? 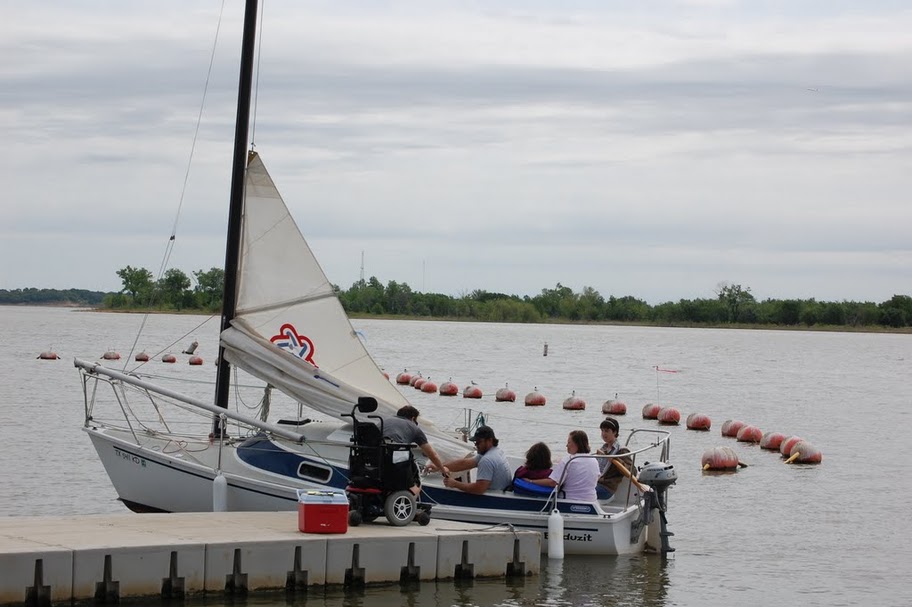 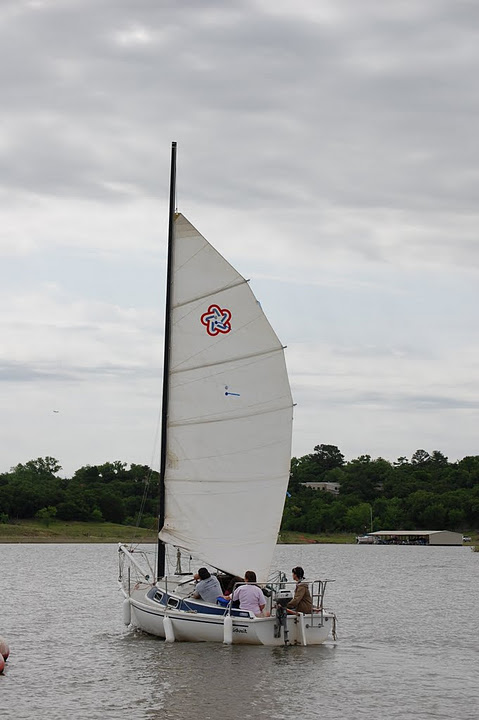 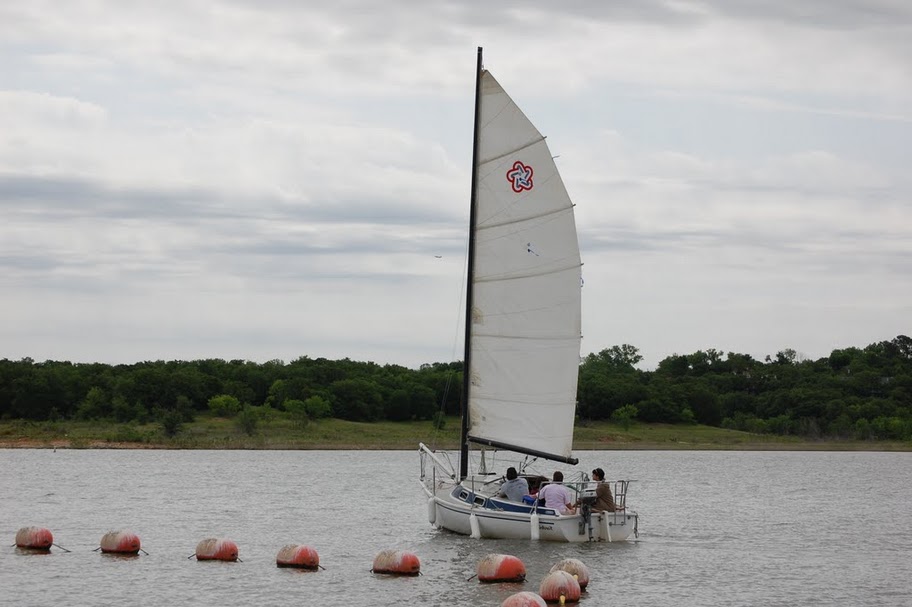 After the first week I was able to get the lines correctly placed and things were much better.
As you can see, sometimes we had a boat load!
Yes that is a wheelchair on the bow. The dock at Scott's Landing was not really wheelchair accessible. The walkway beside the boat was not wide enough to get the chair on.
I would scramble up the bow, pull my chair up after me. Scared the crap out of a few folks doing it.
The marina quickly doubled the width and I was then able to board properly. 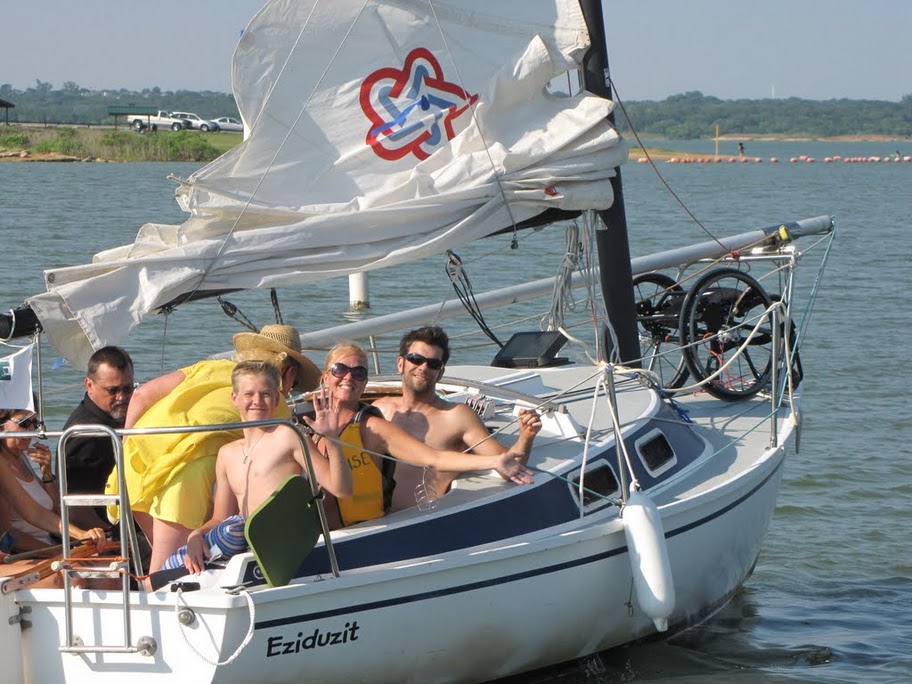 This is a young lady who plays wheelchair basketball in Dallas.
This particular weekend we had the entire team and families at the lake.
The part I remember most is that after I came back with a few of these young ones, I asked them if they were ready.
Ready for what the young girl asked. I put on a serious face and said "Didn't they explain to you? When we drop sail you have to jump out and swim ashore."

She and her companions broke out in smiles as they each went over the side and swam ashore.
I think I freaked the parents out. 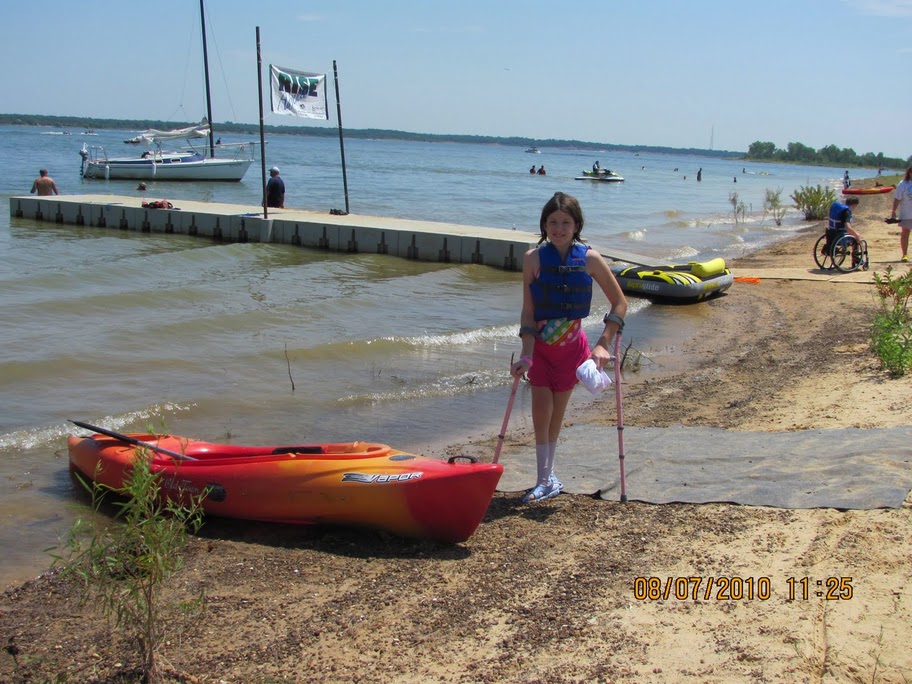 The wife says hello in her usual manor.

My wife Annette assisted on several outings, especially when I had to climb aboard the bow. She was afraid I would lose my chair in the lake so she would hang on until I was secured.
We sailed just about every weekend when we first got the boat until the winter storms hit in November. We both discovered just how stable this little boat is.
One weekday we had left the marina to meet some people at a park that was 2 miles away. Short distance yes, but it still takes awhile especially if you have little to no winds.
The weather forecast for the day was for scattered thunderstorms. On the drive over, I was concerned about the weather but we had already committed ourselves.
At the lake the skies appeared clear, but in the distance it was nothing but a heavy haze and dark.
We made it the 2 miles when the wind died out completely. The lake stretches about 9 miles, I looked and it was almost all glass.
Then at the head of the lake you could see out of the haze a thunderhead moving in swiftly. The water began to chop as it made it's way toward us.
I hadn't enough experience yet as to what I should do other than run for the marina.
I turned to make the run back and the wind hit. I was clueless as to how swift the storm was moving.
I told my wife to put on her life jacket as I donned mine. I had yet to bring the sail down.
Has anyone ever experienced an isolated thunderstorm? Well, the ones we get can produce some pretty good strait line winds.
I can't tell how fast the boat moved, but when I had to fight to hold the rudder in place as the boat seemed to almost plain, it began to put a bit of fear in me.
We were running with the wind, and it was a wind for sure. I told my wife to prepare to come about as I kept the broad reach. We made the turn and finally I released the clutch for the main halyard.
The sail would not come down, just to much pressure from the wind. Annette carefully made her way to the mast as I kept the nose into the wind. She had to fight to pull the main down.
It took us maybe 30 minutes to get to the park, it felt like 5 to get back to the marina.
When we got home the news was talking about the 60 mph winds that had been produced.
So, I've got a bit of faith in this little boat. 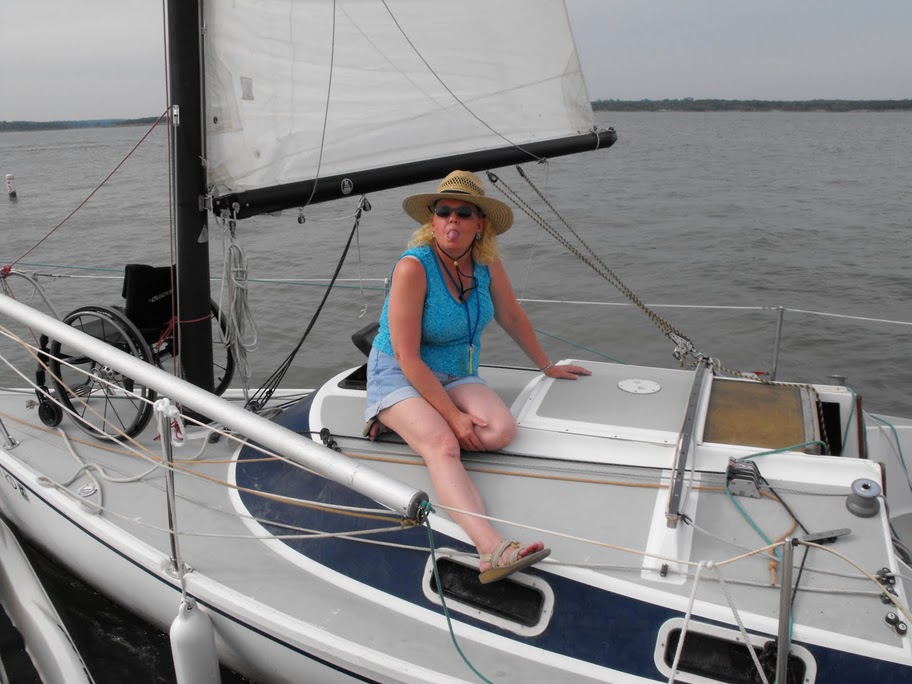 Very nice write-up & photos. Glad to see that you're having fun and enjoying the boat!

Return to “Photographs and Drawings”