Any recommendations for dinghy mounts for an F38?
Open minded about a hoist system or something that works off the swim platform.
Philip Leahy
F-38 ex Manchester, MA.
Top

I've had two, and I really like my current setup. On my first F38, the previous owner had installed St. Croix model 300 removable davits (since discontinued), which were just sturdy enough to handle my 9.5' RIB and 9.9hp outboard. When I bought my current F38, I decided to go with the larger model 550 davits, which apparently aren't available at Defender anymore. I liked that they're removable, and that they don't depend on the stern rail at all, as the stern rail on the F38 is quite flimsy.

Paul Dennis did the installation, and had two large stainless bases fabricated to tie the davits into the top, front, and back of the transom. Their profile is sorta shaped like an inverted J, with the small end inside the aft cockpit coaming. Two G10 boards were glassed into the inside of the aft vertical part of the transom as backing plates, and smaller ones on the forward vertical were bedded with 5200. It's quite an installation, and the result is that the davits are absolutely rock solid.

They extend nice and far off the transom, so the dinghy never makes contact with anything on its way up. They're also fairly "low profile," at least compared to an arch or some of the stern rail style davits I've seen, and thus keep the weight of the dinghy relatively low. One issue I have with them is that they're constructed of 304 stainless rather than 316 (presumably for strength), which has resulted in rust stains where the tube of my dinghy rubs against the davit arm. I've never seen any actual rust on the davits themselves, just the dinghy, which I guess collects whatever rust I can’t see. To solve this problem, I just cut some PVC reinforced sanitary hose and fit it around the tubes in that area.

I can't seem to find any pictures of the dinghy actually suspended in the davits at the moment, but I've attached some pics of the installation. 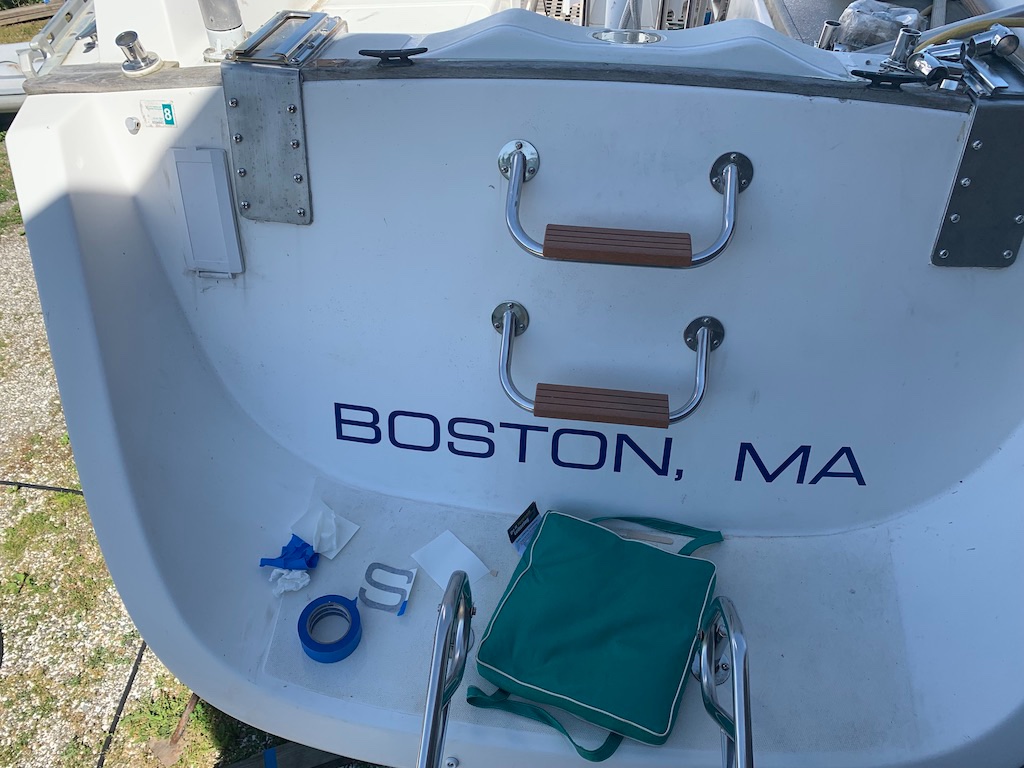 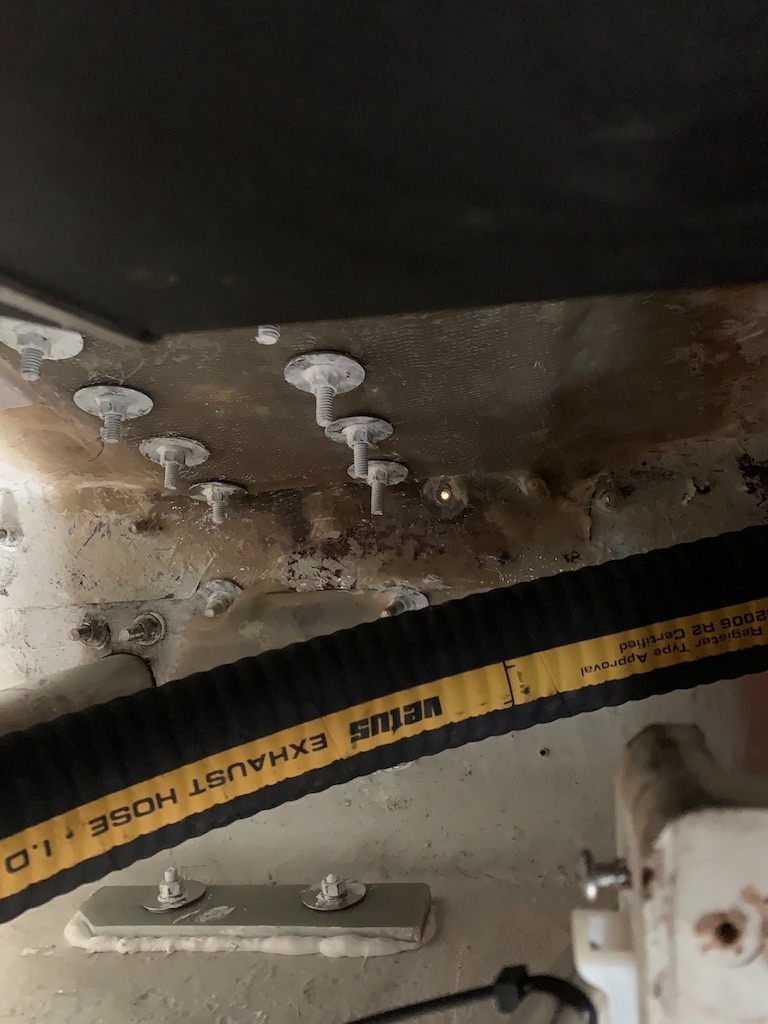 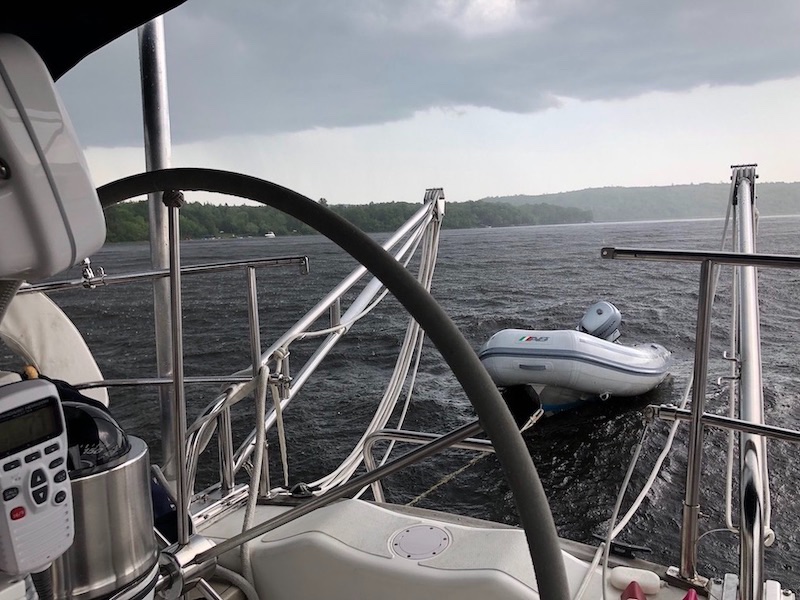 I towed my Portland Pudgy behind F-30 Heart's Desire for a season worked well but the hard dinghy and the small boat and boarding over the stern rail of the F-30 was cumbersome for the short trips I make. Just towing in Puget Sound works fine.

I think it would work well with your sugar scoop.

I installed Kato Islander davits when I purchased my F 40/40 #16 in 2012 and have been very pleased with them. I use my power sail windlass to raise my 12' West Marine inflatable with 9.8 HP Nissan. The last few years we put a 10' kayak inside the inflatable. Very easy to manage.

Return to “Everything Else”